After the location for Holly’s heart was decided on, the planning for the occasion began. There are going to be ten trees and of course, one will be for Holly and one for Susie. But who should the other eight trees belong to? 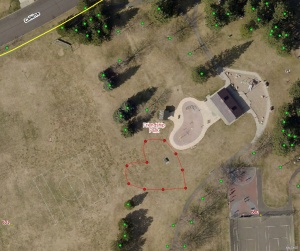 For several years I had been collecting names of children’s groups that maybe I should plant trees for and now I had a place for some of them. I got together with Holly’s family and told them my idea and how it would be a chance for Holly and me to talk to the children about having a dream and working hard to make it happen. They liked the idea and began a list of their own.

Soon Holly and I were on our speaking tour. 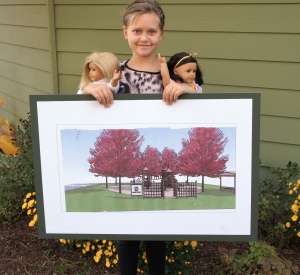 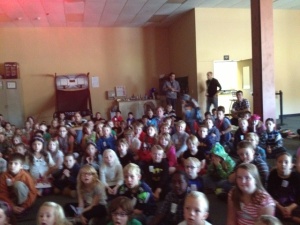 presented in front of Scout groups and church groups and classrooms. Each group was given a kit with tree-grams and bookmarks and told about their tree. Tomorrow they will come to Friendship Park and help finish up the planting of their trees.

I hope there will be lots of children there tomorrow to eat all the cookies I baked.